That is the continuation of the experimentation developed in a First Level Secondary School (grades 6 to 8) on how to start using ARDUINO. The first experimentation was presented at DIDAMATICA 2016. This year, projects have been doubled and reiterated, better focusing on learning processes. After noticing the presence of “misconceptions”, a strategy has been elaborated, in order to go beyond them and reach a “conceptual change” able to help a more informed planning through ARDUINO.

That is the continuation of the experimentation developed in a First Level Secondary School (grades 6 to 8) on how to start using ARDUINO. The first experimentation was presented at DIDAMATICA 2016[1]. This year, projects have been doubled and reiterated, better focusing on learning processes. After noticing the presence of “misconceptions”, a strategy has been elaborated, in order to go beyond them and reach a “conceptual change” able to help a more informed planning through ARDUINO.

This work represents the evolution of a project on ARDUINO suggested in 2016 in classes of a Middle School (grades 6 to 8) with extended hours program. The first aim is to correct the orientation of the so-called “misconceptions”, clichés and preconceptions that represent their hibernated knowledge and act as obstacles against the foundations of a correct knowledge among young people. Next goal is to evaluate the progress in these young people’s learning at the end of the course.

The choice of Arduino, with the entrance into the world of makers and “physical computing”, is due to the students’ perceived necessity of “learning by doing[2]”, and fosters the following more specific purposes:

The duration of the workshop is a quarter, with two afternoons every week and lessons of two hours. Every quarter sees the participation of two groups of about 15 students; a group of novices (6th grade) and a group of more expert pupils, who had already attended the workshop the previous year (7th or 8th grade). Every group usually attend 14-15 lessons.

In the beginning, the novice pupils are offered a simple questionnaire, aimed to test their IT knowledge. For the sake of shortness, only the test is offered, together with a chart of data.

It was made clear that, in case they were not sure about the answer, they had to select “I don’t know”.

The perception the so-called “digital natives” have of the IT universe and of how it is involved in everyday life is very confused, with a mishmash of clichés, still always poorly digested.

The answers give rise to misconceptions, which should be considered as “wrong interpretations” or incorrect specific beliefs; others (the “I don’t know” answers) just reveal lack of knowledge on the subject. All of which can represent an actual “barrier against learning”. Therefore, the need arises of starting a process of “conceptual change”, able to lead to a correct formalization of the considered subjects.

The “conceptual change” here used is the following one: 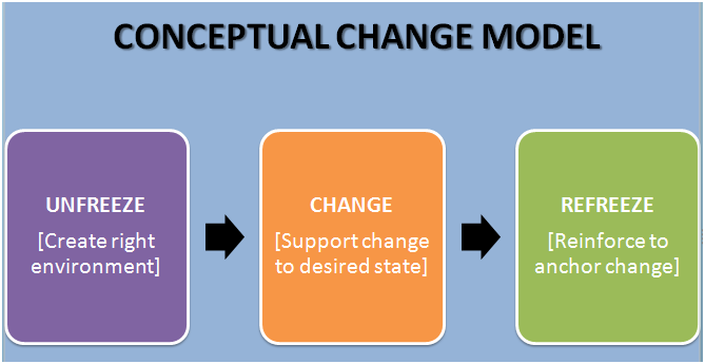 UNFREEZE: in order to create the right environment

CHANGE: a change in support to the desired status

REFREEZE: reinforce, in order to anchor the change.

UNFREEZE: The first proposition was to work together in order to build a timeline of the IT thinking. The timeline was focused on the historical characters who have led to the IT revolution. We started with Aristotle (T/F concept), going on to Leibniz (0,1 binary system), Boole (AND, OR, NOT) Shannon (switching circuits), until we came to the definition of LOGIC GATES.

That was the UNFREEZE phase, which allowed the unfreezing and the creation of a proper environment (background) in which we could insert the useful knowledge and expertise, in order to work later with ARDUINO. Everything was then channeled into a presentation, whose protagonist is, in the role of a guide, “Alice in the Wonderland”, leading the students along the historical path to build all those concepts that are useful for the IT thinking.

CHANGE: building a circuit on a cardboard. We have then manually built, on A3 cardboards, the main logic gates: AND (two in series switches), OR (two parallel switches), NOT (one inverter switch). That was an important phase in increasing self-confidence, in securing the concepts related to the three main gates and gaining familiarity with Boole algebra.

REFREEZE: ARDUINO. We go on with the creation of a circuit, the presentation of the IDE (Integrated Development Environment) and sketch planning, as shown in the following paragraph.

ARDUINO is an “open source” board that allows the planning of detectors and actuators such as LEDs, photocells, etc. We enter the “Physical Computing”.

Problem study, related closed path and coding, in order to show how ARDUINO interprets signals from the outer world (detectors) and modulates the answers with the actuators. Different projects are performed, starting from the simplest ones, such as LED management, up to the project that sees the simulation of a traffic light.

The workshop experience goes on with the study and introduction of other detectors, such as, for example, ultrasound, RGB, TMP, servomotor…

At first, we face coding and circuit, copying from manuals. Once we gain familiarity with the main structures of the language and with the breadboard for the circuit[3], we go to the most interesting part. Given a problem, the students must find the suggestions for a solution. The surprise is the discovery that, thanks to this procedure, the process of INSIGHT is boosted in some of them, allowing the resolution of the problem, leading them to obtain sure expertise.

This workshop promotes consideration and focus, encouraging a significant learning: “learning by doing” is fit for the internalization of a learning methodology, which makes the subject gradually independent in the learning processes (deutero-learning[4]):

Phase I: getting close to the contents, through different methods and strategies

Phase II: once the contents are discovered, the process of imitation is natural, with which the pupil tries to repeat and to play with contents.

Phase III: INSIGHT, where every learning process needs an “activation energy”, otherwise the contents stay still, without contributing to the formation of expertise. Here the pupil becomes independent in the resolution of problems. 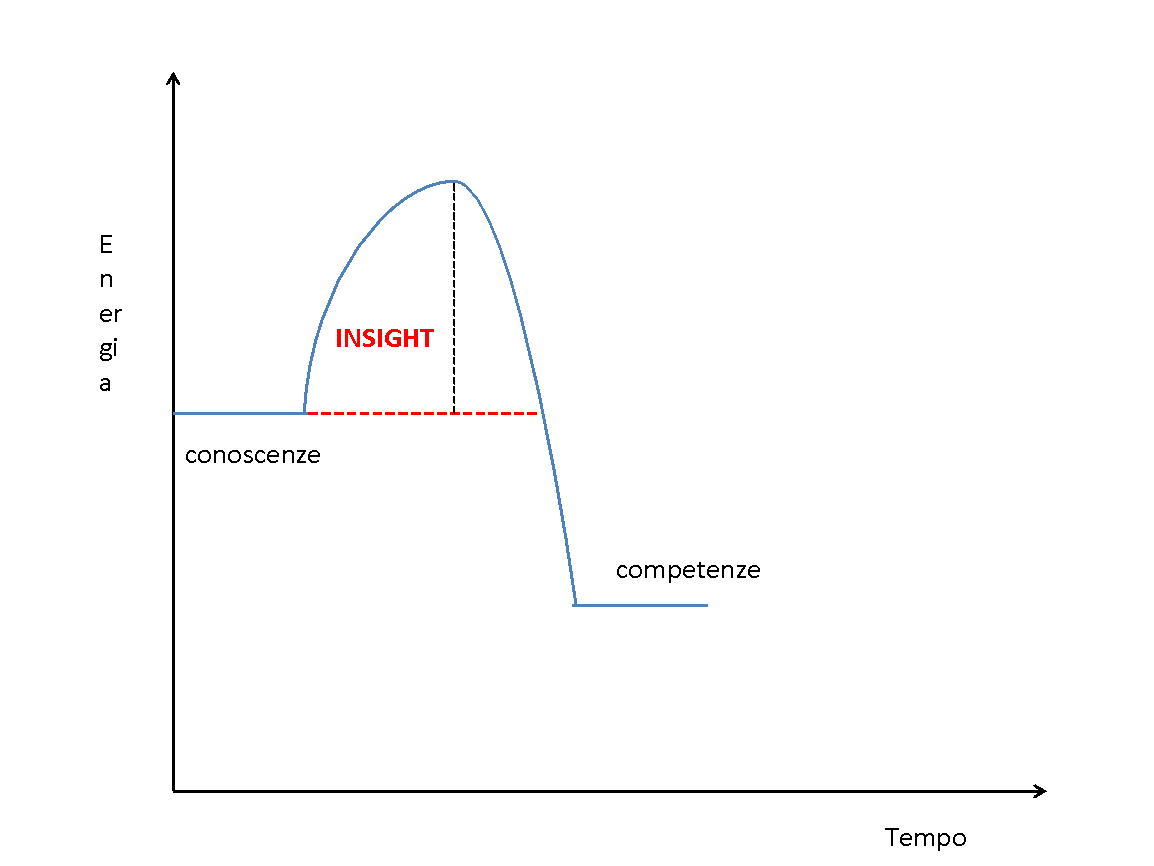 The catalyst of this reaction, the sparkle that triggers the reaction, depends on the emotional and relational dynamics established in the working groups, and on the fact ‘does it work or not?’, therefore on the continuous search for mistakes.

The continuous control is necessary to verify the correct functioning, and must be performed on two levels. The first is the one of Coding, the second in the construction of a circuit. It is difficult for the circuit to work at the first attempt, and that creates a strong sense of discomfort! They think they have made everything in the right way, and this search for the mistake makes them gradually more confident and aware of their skills. With the following proposal, their acquired self-confidence makes them more proficient.

“Proving and refuting” is the motto of modern science!

Concluding, we can say that the students obtain, through this workshop:

[1]It is paper 22 with the title “LOGIC GATES verso ARDUINO” presented at DIDAMATICA 2016.

[2]Learning by doing, learning ‘through’ doing.

[3] It was basically the preparatory work performed with the cardboards, where they built the è LOGIC GATES. 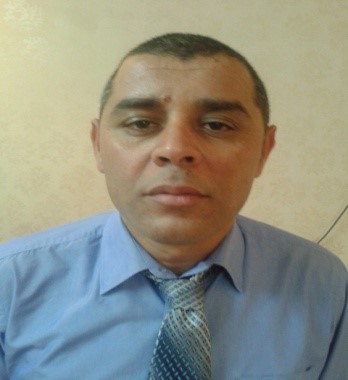