Traffic forecasting in telecommunication is considered by many researchers as bedrock of effective planning of network and resource management [1] [2]. It is appropriate to choose forecasting method by laying more emphasis on the characteristics of the time series data [3]. Considering voice traffic generated from conventional circuit-switched networks, linear models have been found to produce good forecasting [1]. Other studies have pointed out that traffic is characterised by short-range dependence and the call arrivals follow a Poisson distribution [4] [5] [6]. Reference [7] examined empirical data of 3G voice traffic and concluded that statistical models are unable to correctly account for the contribution of noise, signalling traffic etc. on bandwidth use. Reference [8] confirmed that terminating calls of 2G voice traffic conforms to the Poisson distribution and that earlier theories on call arrivals hold.

Linear models have extensively been used in the prediction of mobile voice traffic. Reference [9] applied ARIMA and Holt-Winters models to predict mobile network traffic. Other studies that have proposed linear models for prediction of telecommunications data are found in [10] [11] [12]. Reference [13] used ARIMA model to forecast M-3 telecommunication data and concluded that it performs well with minimum values of MAD, RMSE, MAPE, SSR and MAE as compared to earlier findings. The authors in [14] also examined the biweekly network traffic from CERNET and predicted the traffic using SARIMA model. The model gave a good prediction when 10 steps ahead of time prediction was considered.

Even though linear models have generated accurate prediction for telecommunication network traffic it suffers from poor performance in estimating intensely nonlinear features prominent in such traffic [15]. In addition statistical models require inputs from expert in the specification of models which is one of the challenges.

In order to solve these challenges, neural network methodologies are often employed by researchers in this field. Lately ANN has been used extensively in the field of telecommunications, telephone traffic prediction [16], internet traffic [17], and network traffic prediction [18], however there are several problems associated with designing and training of ANN [19]. In reference [20] GSM network traffic congestion was investigated with neural network model.

On the contrary, authors in [21] identified some of the challenges of ANN as network model selection and data preprocessing. In addition, ANN training algorithm is also found to be susceptible to categorising redundant data [21].

On the other hand, CANFIS can solve poorly defined problems efficiently than neural networks when the underlying function to model is highly variable or locally extreme [22] [23]. Fuzzy inference systems are also valuable, as they combine the explanatory nature of rules (MFs) with the power of neural networks. CANFIS model is described as that which integrates adaptable fuzzy inputs with a modular neural network to rapidly and accurately approximate complex functions [22] [23] [24] [25] [26].

However, few research work have been conducted in the literature, with respect to predicting 2G and 3G voice traffic using artificial intelligent networks. Authors in [27] applied ANFIS model to predict voice traffic quality in 2G and 3G networks using empirical data measured from three operators in Athens. Reference [28] explored the performance of Holt Winters, MLP, Support Vector Machine (SVM) and Random Forest in predicting 2112 hourly voice traffic of 3G network and confirmed that SVM is better than the other models. In another study, reference [29] considered the forecasting capabilities of feedforward neural network in determining the busy hour of voice traffic of GSM network. Reference [6] examined the characteristics of 2G and 3G voice traffic in downlink and uplink path and concluded that both scenarios follows the Poisson distribution. In [30], the authors analysed the heating value of a sample fuel or gross caloric value (GCV) using CANFIS model. The result was compared with ANN model which proved that the CANFIS model performs better.

On the contrary, simultaneous prediction of voice traffic of 2G and 3G networks have not been modelled or explored with CANFIS network. In the literature research work using CANFIS for prediction where two inputs data are employed have been found in different fields. For instance, reference [24] implemented two-input two-output CANFIS architecture with two rules per output for grade estimation. Reference [36] designed a modified algorithm of CANFIS with 2-input and 2-output architecture and validated the new model with simulated data recording minimum RMSE value. Other studies that have confirmed the prediction abilities of CANFIS model are found in [23][24][25].

This study explores the capabilities of CANFIS in predicting voice traffic of two different mobile network generations: 2G as first input data while 3G serve as second input data simultaneously. To the best of our knowledge, no study has been identified in the literature that examines the prediction efficacy of CANFIS model for 2G and 3G weekly voice traffic.

Coactive Adaptive Neuro-Fuzzy Inference System (CANFIS) has extended the basic ideas of its predecessor ANFIS to any number of input-output pairs [31]. CANFIS is a generalised form of ANFIS [32] which is found to integrate a fuzzy input with a modular neural network to quickly solve poorly defined complex functions [25]. CANFIS has a fundamental component of fuzzy axon which applies a membership function to the input [25]. According to reference [3], CANFIS is a dynamic statistical model that incorporates classification and regression trees with a neuro-fuzzy inference system that is locally tuned like the Radial Basis Function network (RBFN).

The output of a fuzzy axon is computed [23] using the following formula in equation (1):

MF= membership function of the particular subclass of the fuzzy axon.

The CANFIS architecture for two-input and two-output is illustrated in Figure 1. For a model initialisation, a common rule set with n input and m IF-THEN rules is given in [23] as follows:

The layers in CANFIS structure can be adaptive or fixed and their functions are [33]: Layer 1, Layer 2, Layer 3, layer 4 and Layer 5. 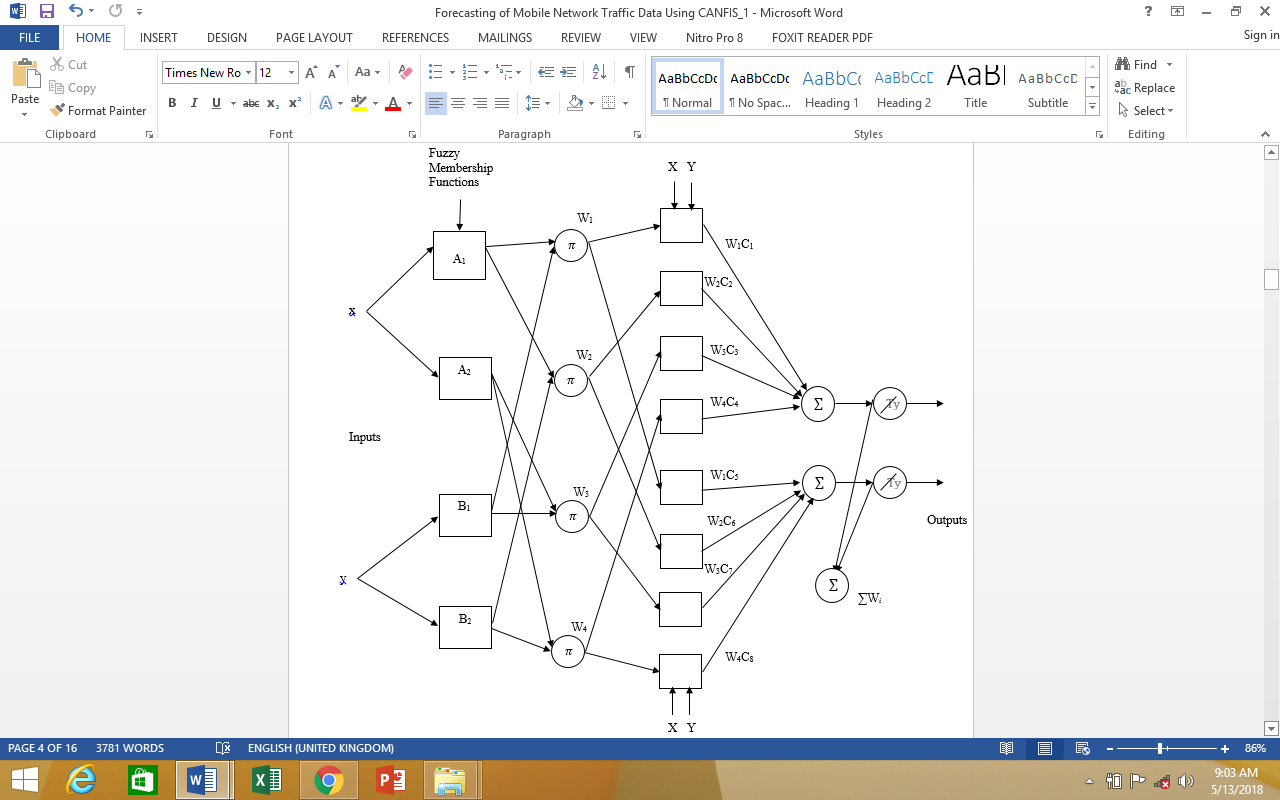 Layer 1(Premise Parameters): Every node in this layer is a complex-valued membership function ) with a node function:

Each node in layer 1 is the membership grade of a fuzzy set  and specifies the degree to which the given input belongs to one of the fuzzy sets.

Layer 2 (Firing Strength): Every node in this layer is a product of all the incoming signals. This layer receives input in the form of all the output pairs from the first layer:

Every node in this layer calculates rational firing strength using the formula:

Every node in this layer is multiplication of Normalized Firing Strength from the third layer and output of neural network given by:

Layer 5 (Overall Output): This layer computes the output of the CANFIS network [34] as follows:

Each output of the CANFIS has its own consequent parameters in the defuzzification layer. In the premise part (fuzzification layer) on the order hand, the MF are shared by all outputs which considerably reduce the number of model parameters while providing multiple output [25].

The two most commonly used membership functions are the Gaussian and the general bell [35] [22]. It also contains a normalization axon to expand the output into the 0 to 1 as stated in reference [25]

Bell function is given by reference [34] as:

where x = input to the node and a1, b1 and c1 = adaptable variables known as premise parameters

Gaussian function is given by reference [34] as:

The Gaussian membership function is determined by c and σ, where c represents the center of the MF and σ determines the width of the MF [36].

To select the best model for forecasting, the model with the minimum values of MSE, NRMSE, R and percent error were used as the criteria.

Normalised Root Mean Squared Error (NRMSE) is given as:

The percent error (%Error) is computed as:

P is the number of output processing elements

N is the number of exemplars in the data set

is the network output for exemplar i at processing element j

is the desired output for exemplar i at processing element j

The data used is a primary source measured from 3G and 2G telecommunication network operator in Ghana. The data was collected from March 2015 to February 2017 and consist of 178 sample of weekly 3G network traffic and 99 samples of weekly 2G network traffic. The study employed NeuroSolutions software for the analysis of data.

Table 1 and Table 2 represent the summary statistics of the 3G and 2G network voice traffic data which indicates a high variation among the weekly observations and also the data exhibits asymmetric pattern.

The parameters used for the CANFIS model architecture are illustrated in Table 4, Table 5 and Table 6. To determine the performance goal of CANFIS model for 2G and 3G voice traffic the various parameters were selected. 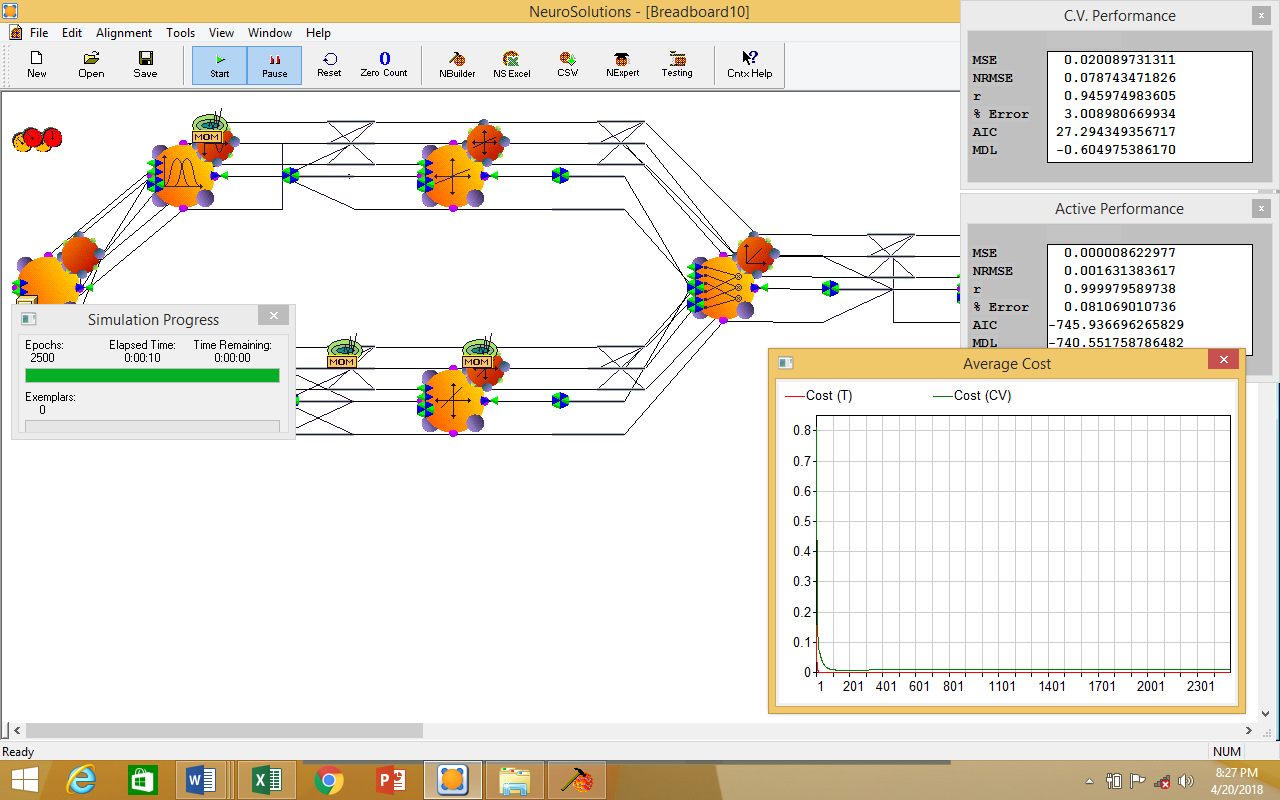 Figure 2 indicates that the active cost curve approaches zero, which shows that the classification of the 2G weekly voice traffic data set performed suitably when CANFIS model was implemented. 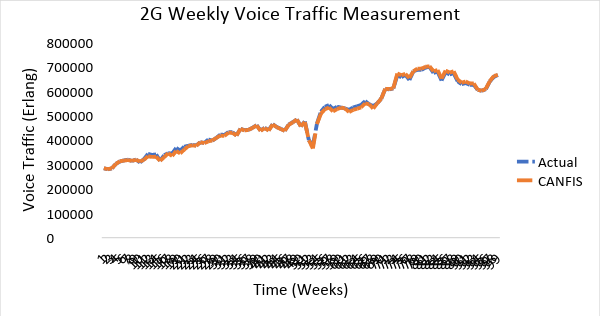 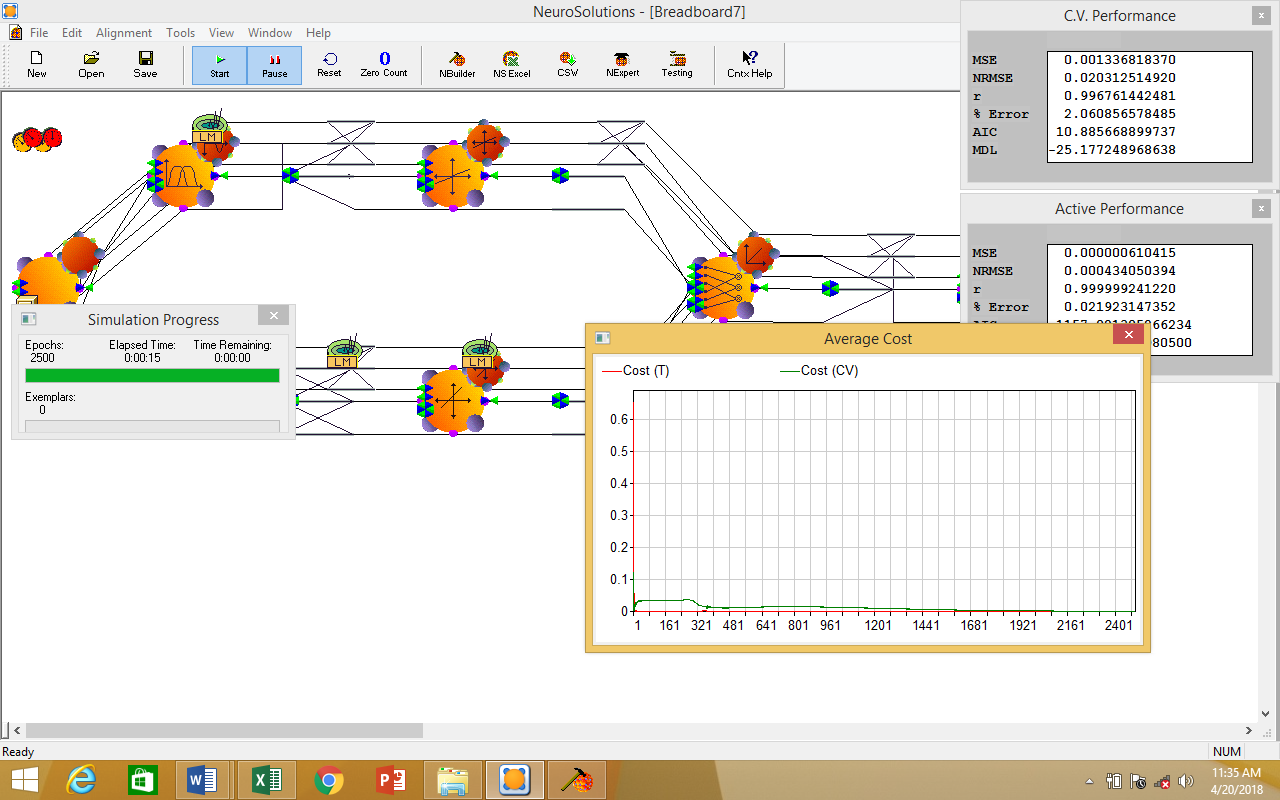 Figure 4 indicates that the active cost curve approaches zero, which shows that the classification of the 3G weekly voice traffic data set performed suitably when CANFIS model was implemented.

From Table 9, the best model to predict 3G weekly voice traffic with minimum values of MSE and NMSE of 1.80e-6 and 7.46e-4 respectively is CANFIS-7. 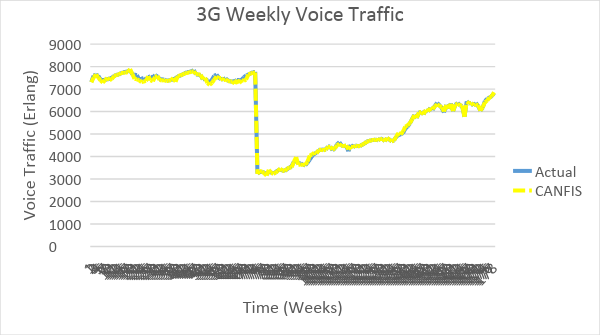 The analysis of 2G and 3G voice traffic by researchers have established that their characteristics follows the Poisson distribution and that earlier theories on call arrivals hold. However, few research work have been conducted in the literature, with respect to predicting 2G and 3G voice traffic using artificial intelligent networks.


More in this category: « Research of Two Different Types of Modeling on Polymer Membranes Possible Solutions to the Effects of Space Environment on Astronauts’ Physiology »