The square root of prime numbers is an important mathematical primitive with wide applications and its computational complexity has drawn much attention among researchers. In particular, principal square root of 2 is known to be irrational.

The square root of prime numbers is an important mathematical primitive with wide applications and its computational complexity has drawn much attention among researchers. In particular, principal square root of 2 is known to be irrational. The Silver Ratio  is also irrational. These can be approximated by a ratio of rational numbers.

This paper revisits some important applications of square root and proposes a new method to compute square root of 2. The proposed estimator determines the infinite series ratio of rational numbers with infinite precision. The optimised method isolates the simple fractional part and expresses this as a ratio of two rational numbers, such that . We compare the new method with the well known Babylonian method. The experimental results show that our proposed method is efficient and outperforms the Babylonian method in both accuracy and speed.

Square root is one of the most useful and frequently used operations in many different real world applications such as  computer graphics, multimedia, data processing, cryptosystems and many scientific calculation applications [1] [2].  Several mathematical studies have determined that the theoretical complexity of such scientific calculations can be reduced by adding square roots to the basic operations [3]. In particular, square root of 2 and its associated Silver ratio have fascinated mathematicians since ancient times due to their computational complexity and applications in many real-world scenarios including architecture, modern printing, nature, music and even today's information system applications such as security and big data [4].

It is a classical hard problem to get an accurate result for computing square root and methods are available in literature such as Rough estimation, Babylonian method, Taylor-series expansion algorithm and Newton-Raphson method [5].  However, in this information age with mountains of data, applications require improved methods that are sufficiently fast with high precision [6].  Various applications make use of square root of different numbers and understanding their requirements would help in making use of s suitable square root estimator. This paper proposes a new method that we derive for estimating square root with high accuracy. In particular, we show how square root of 2 can be calculated very fast and compare with the well-known Babylonian method. The associated Silver    Ratio is also estimated and discussed.

Several real world applications require computing square root and square root of two [7] [1].  The most common application of square root in everyday life is found in standard paper sizes. The base A0 size of paper is defined as having an area of 1 m2 and a side ratio of 1 by √2,. Successive paper sizes in the series A1, A2, A3, and the frequently used A4 paper sizes have a nice property that they are derived by halving the preceding one along the larger dimension.  Similarly, folded brochures of any size can be made by using sheets of the next larger size. For example,  A5 sixe brochures can be made by folding A4 sheets along the length of the paper. The standard system of basing a paper size upon an aspect ratio of √2 has several advantages of not only scaling from one size to but also in fast processing of office photocopiers.

Another real life example of square root is to calculate the interest of saving account. The factor by which the account grows is exponential. This means that if it grows by some factor in a given time, it will grow by the square of that factor in double the time. So, to compute the growth in half the time, square root is used.

Square roots have been traditionally used to calculate time and distance, such as in the applications of object falling and land area triangulation measurements.  For falling  objects, square root can be used to calculate the time t it takes for something to fall x distance when it is dropped. From Newton's laws with g as acceleration due to gravity, we have,

Similarly. let us consider calculating the period T of a swing that is safe for children amusement park without a fall.  The period of a swing with length L is calculated by the following equation:

In land areas, in order to measure the diagonal of any rectangular space when the dimensions of the sides are known, Pythagorean theorem is usually applied to measure it as the square root of sum of square of the two sides. In this context, the aspect ratio of square root application is even more prominent in today's multimedia world of graphic designs and web designs.  The reciprocal of square root is also an important operation with applications in three-dimensional graphics or scientific computations.

Square root is commonly used to transform data which has applications in computer processors, statistics, big data and information security. It is possible to reduce the theoretical complexity of certain problems by adding square roots to the basic operations in the computer processor. There exists a number of situations in which square roots are used as common transformations, for e.g.  square roots  are computed to be faster than divides.  Similarly, while both the logarithm and square root transformations are commonly used for power transformations of positive data,  the square root is preferred because there is no requirement to use special treatment for zeros. Power transformations have wide applications in big data and information security.  The square roots of small integers are used in both the SHA-1 and SHA-2 hash function designs in cryptosystems to achieve information security [8] [9].  Square roots are used in decryption in order to compute the encrypted text  called the cipher text. If the cipher text c is modulo of the primes p and q, then square roots can be  more easily calculated by choosing q in order to decrypt the message. Hence, the basic step of using square roots in public-key cryptosystems is in decryption where  if the cipher text is given, one can extract the keys using square root. The metallic numbers, namely Golden ratio and Silver ratio have been used extensively in cryptography [10] [11].

In summary, square root is an important mathematical primitive having many applications. Due its computational complexity there are some difficulties to ensure its security and efficiency in distributed computing [12]. Hence, several algorithms have evolved, such as Goldschmidt’s algorithm using linear approximation, Manuel Liedel algorithm through the fixed-point arithmetic framework of Catrina/Saxena. Goldschmidt’s algorithm for square root is preferred over the traditional Newton-Raphson iterations due to faster computation as  iteration contains fewer dependent multiplications with the same computational complexity. In this paper we address the problem of computational complexity by proposing a faster optimised method with high precision. for estimating square roots, in particular square root of two as it has wide applications in the computing field.

We consider square root of as an illustration for our proposed method of estimating square roots.  In Fig. 1, we pictorially represent square root as the hypotenuse of a right angled triangle with base and height to be equal of value 1 unit each. 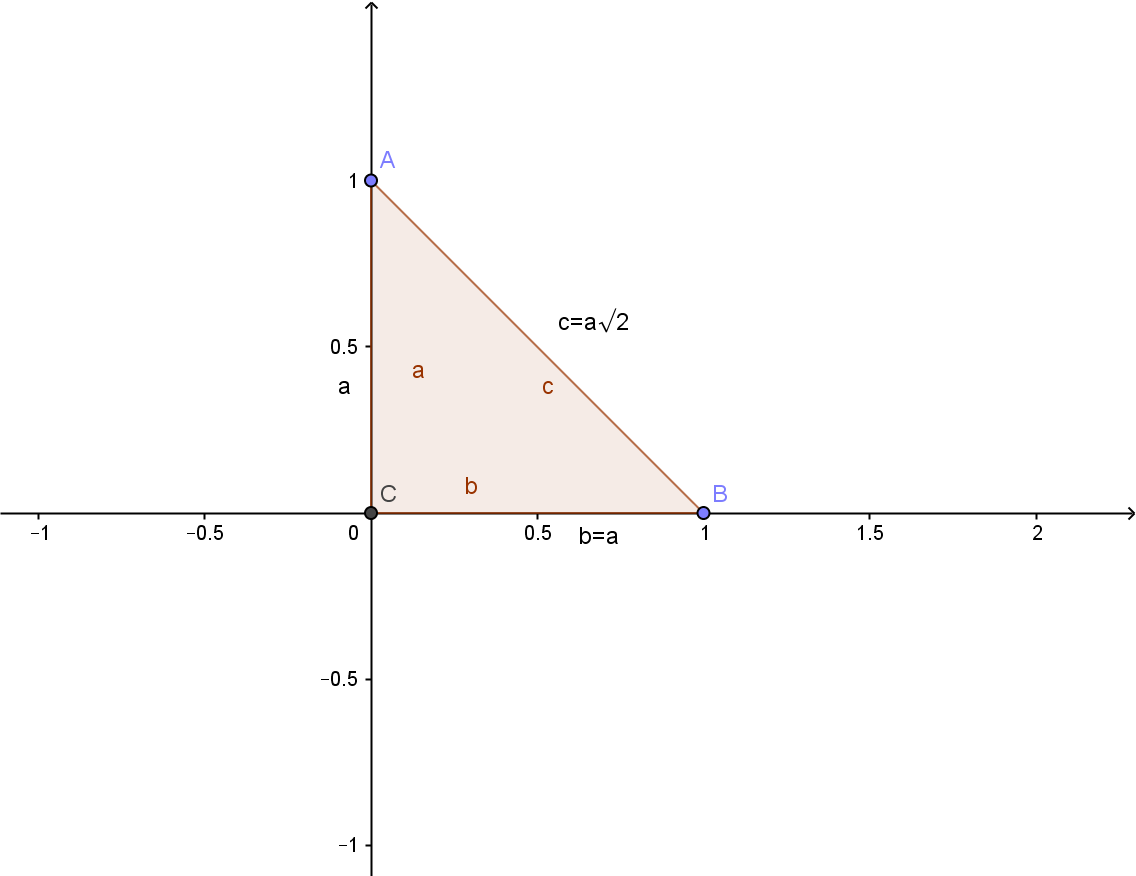 Figure 1: Square Root of 2 as a right angle triangle

We now consider the three propositions of representing square root of two as shown in Fig 2. The first proposition increases more rapidly than the others because of the  term. We can re-express this in terms of

Let us now express sides as :

This is consistent with Fig. 1. From previous work [13] [14] it can be shown that sides  can be expressed as three Diophantine equations in terms of   where 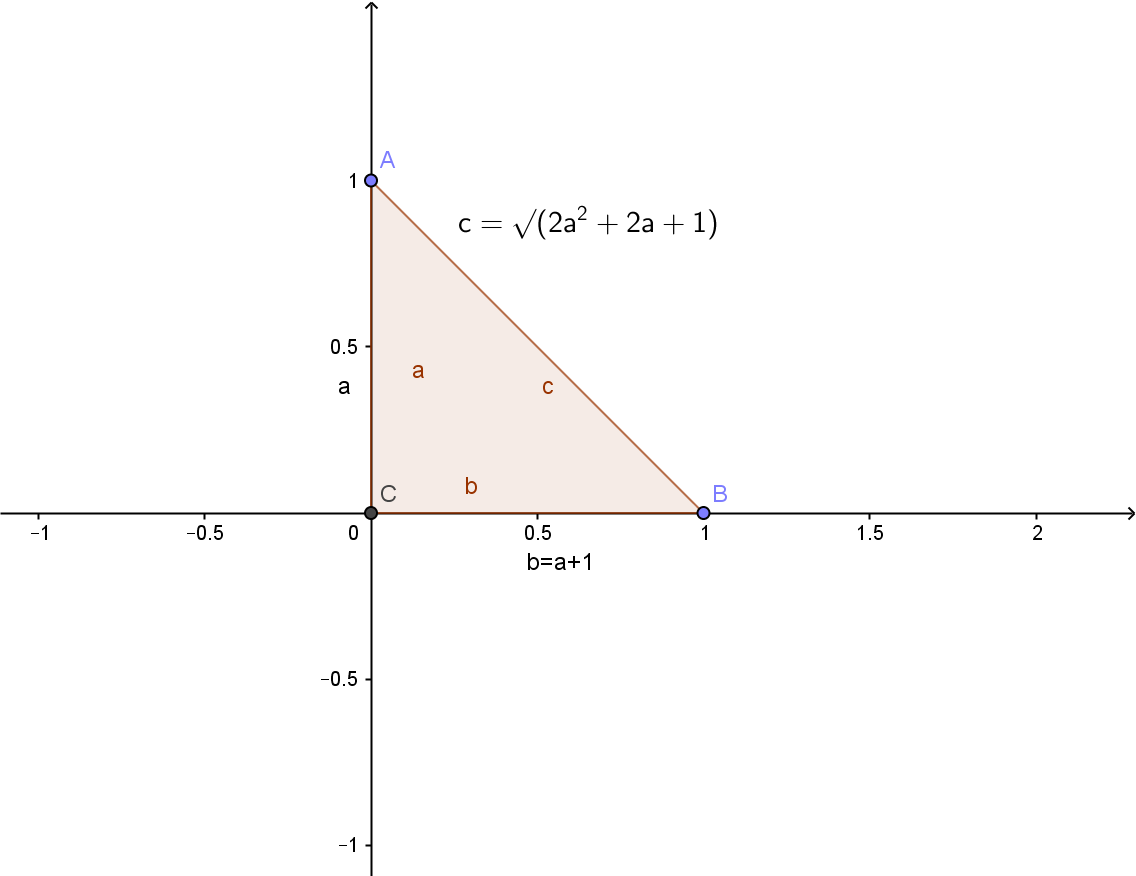 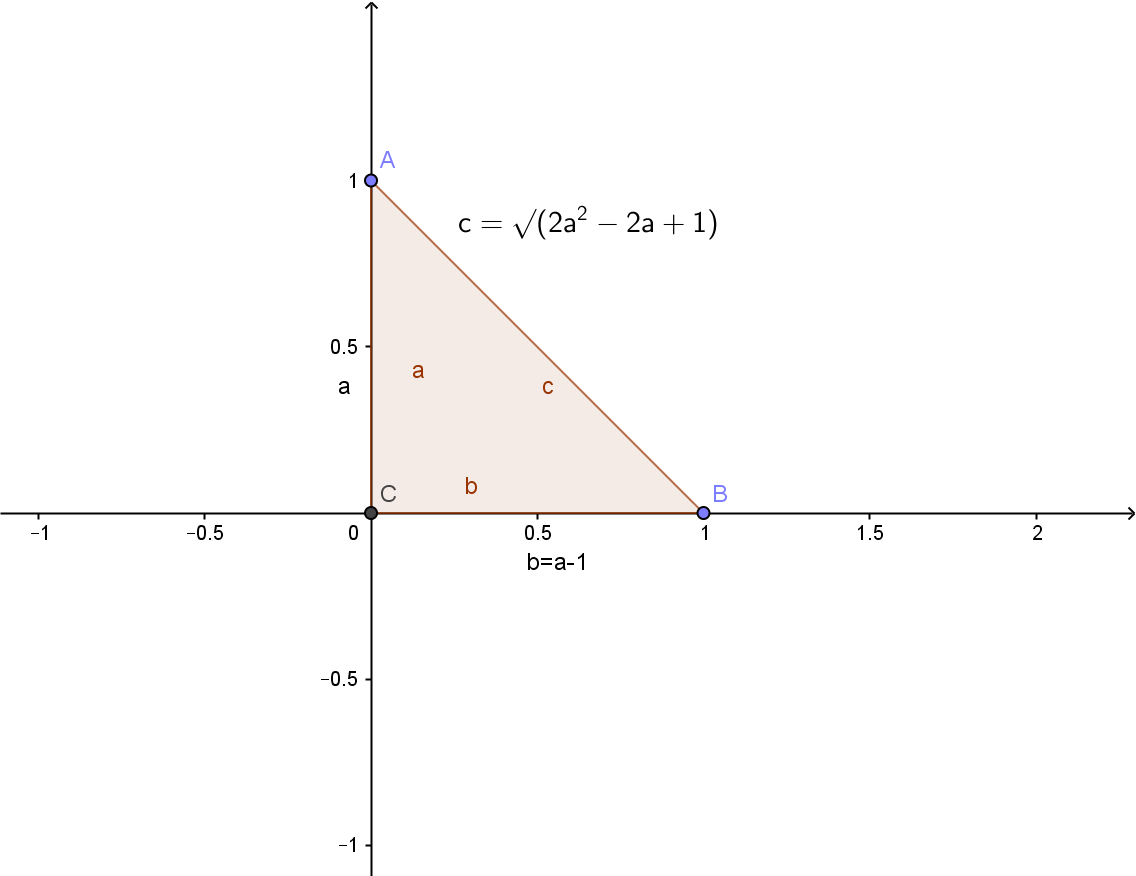 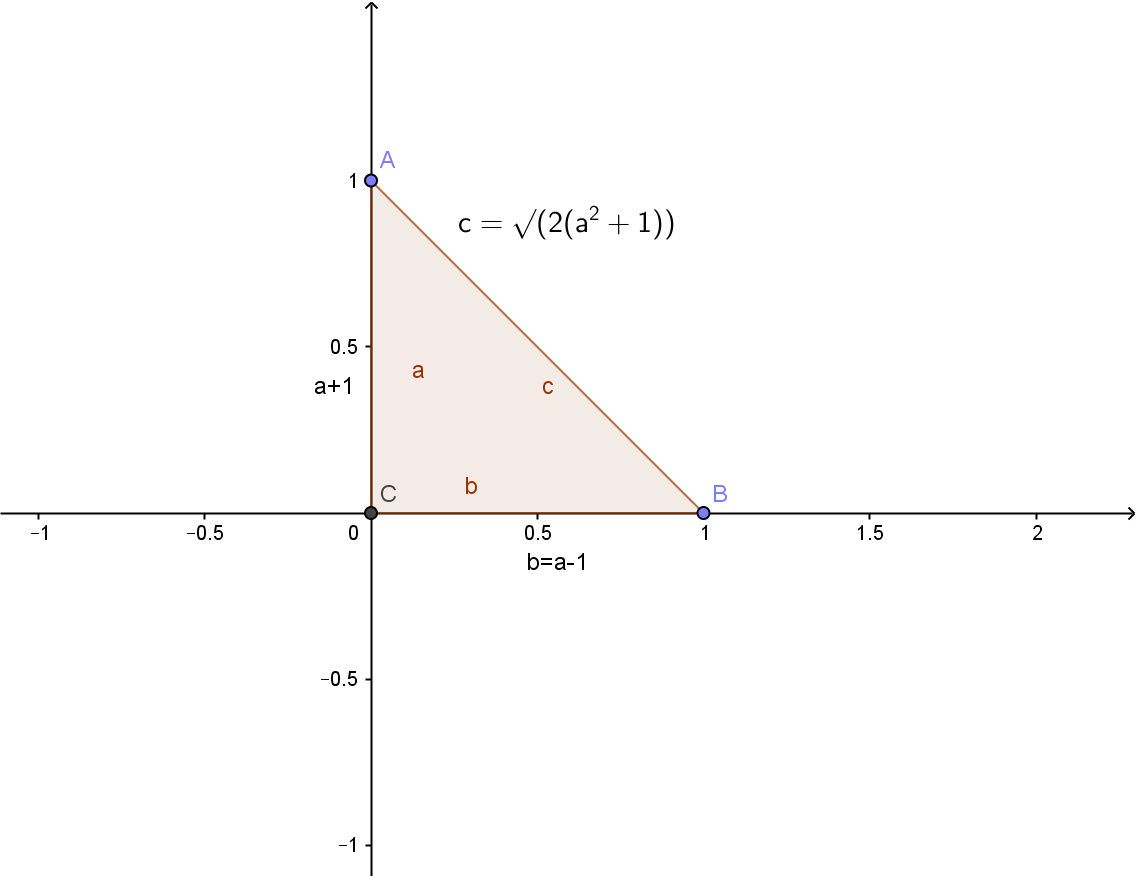 Figure 2: Approximations of Square Root of 2

Note the special condition that we specified in proposition:

This gives us the special condition:

This gives us the special condition:

Solving this gives: .   is also a solution.

We observe the following:

Substituting the above expressions, we get

Expressing this in terms of  the following, we get

It can be seen from Table 1 that the decimal accuracy doubles up each iteration and that after the 6th iteration we have an accuracy of 97 decimal places. Since the sides of the triangles are co-prime [13]:  the sides have a gcd(c,b)=1. From equation (10) it can also be shown that     has no common factors and is irreducible.

We now optimise the number of arithmetic operations per iteration for the new method.

We are only concerned with   to determine  and  so only equations (3), (4) are needed.  Recall the following equations:

This can now be optimised to minimise the number of arithmetic operations.

Equation (11) has 5 arithmetic operations and equation (12) has 2 so this is 7 operations per iteration. The final division (costly) is only required in the last calculation, equation (10) which adds further 4 operations. Table 2 summarises the number of operations.

From table 2 we can approximate the operations per iteration as 7 with a corresponding accuracy of number of decimal digits of precision. Each can be determined without any divisions being required until the last calculation in equation (10).

The accuracy can be estimated per operation as:

We can test this with 53 operations and estimate that the accuracy will be  decimal places.

There are a number of algorithms for approximating √2, which in expressions as a ratio of integers or as a decimal can only be approximated. The most common algorithm that has been used in many computers and calculators is the Babylonian method [15] of computing square roots. In this section, we present the highlights of the Babylonian method for estimating square root of 2.  By choosing, a0 > 0, we iterate through the recursive computation for this method:

Each iteration approximately doubles the number of correct digits. Starting with a0 = 1 the next approximations are:

The results of which are shown in Table 3.

Though the divide operation is usually costly, in this case, a division by 2 can be simply implemented with a binary shift left operation of the whole binary number. This usually takes one clock cycle. For Big Integers, this will take longer, but can be efficiently performed using the above method. The divide is very expensive computationally and a simple addition is all that is required to obtain the iteration. So, we have three arithmetic operations per iteration with accuracy as given below:

The accuracy of our proposed  new method per operation can be estimated as:  as compared to the accuracy of the Babylonian method given by .

The result of operations for our proposed method is  shown in Table 4.

The computation of square roots have wide real-life applications. This paper proposed a new method for estimating square roots efficiently.  We compared our method with the well-known Babylonian method. The experimental results shows that the Babylonian method achieves an equivalent accuracy to the proposed method with one additional iteration. Even though  it is about  times more efficient for small quotients, for larger factors the cost of the two divisions per iteration is impeding its performance. The Babylonian method exhibits a specific optimisation to only solving the . The proposed method considers only the fractional component and is capable of expressing this as  a series of quotients whose accuracy need only be determined by one division at the end of the desired resolution. The advantage of our proposed method is that with a simple addition, both  can both be determined. This is achieved by performing an addition of 1 for , and an addition of 2 for the Silver ratio, .  The proposed method is also capable of solving more general cases of the  problem, which will be presented in future papers.